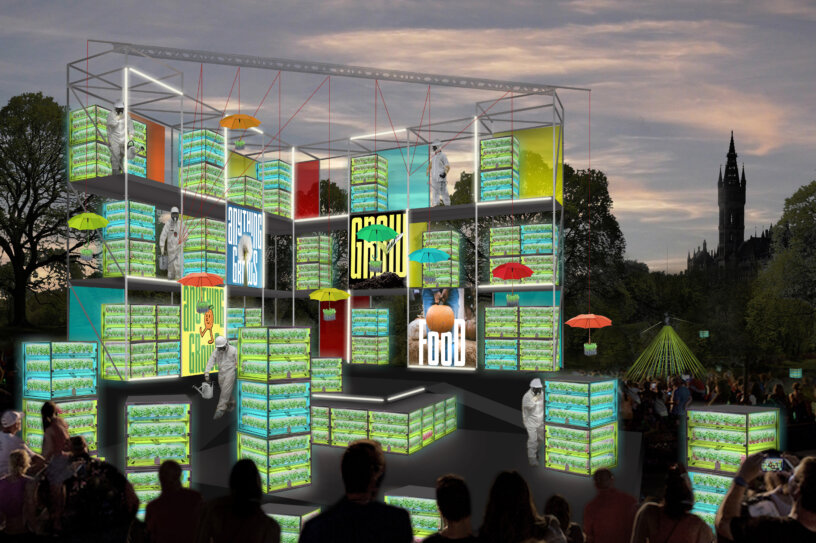 Live music, a 10m-tall Pavilion and a celebration of food and planet – discover Dandelion’s two free, outdoor festivals this summer.

Highlights from the music line-up in Glasgow on 17-19 June have already been announced, with performances from Rura, This Is The Kit, Newton Faulkner, Niteworks, Darlingside, Les Amazones d’Afrique and more taking place across three stages. These include the 360 degree Orchard Stage, where the acts can be watched in the round, with audiences up close to performers and - at the heart of the festival site - the spectacular Pavilion of Perpetual Light, a 10m-high installation created from 60 miniature grow cubes, made especially for Dandelion. This giant structure features an abundance of plant life tended by performer-technicians acting as a backdrop to performances.

Festival-goers can visit Potting Sheds across the park, occupied by artists, performers and community organisations, get gardening advice from Dandelion’s team of student horticulturalists and watch appearances from scientists, activists, writers and chefs. Those with young children in tow should head for The Nursery, where under fives can discover the world of plants, with local schools welcomed to the site for activities and workshops on the first day. The event will culminate on the Sunday with a mass free plant giveaway and a special community meal share on one long table.

Presented in partnership with Celtic Connections and Glasgow Life