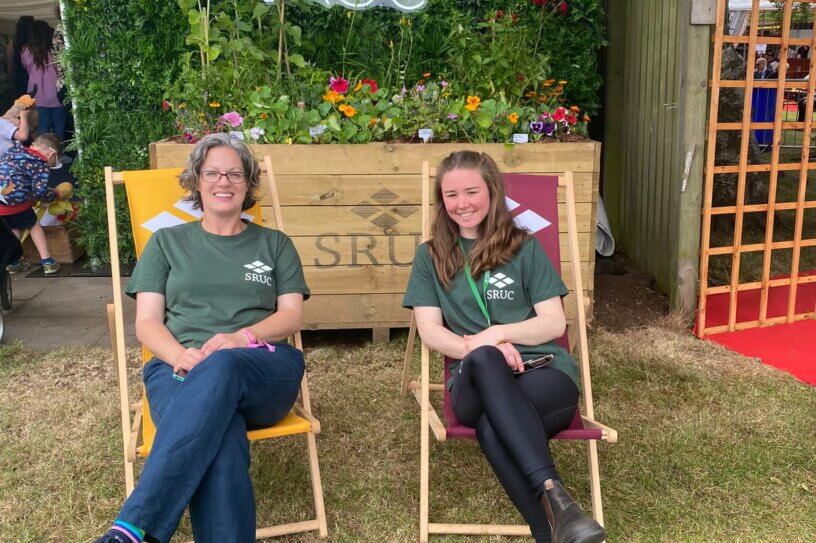 I had the pleasure of spending three days at the Royal Highland Show this year, representing Dandelion and engaging in a wide variety of conversations with some really interesting people. Standing next to a Cube of Perpetual Light, Dandelion’s visual representation of a vertical farm, many conversations focused on the future of food production and how we all felt about it.  The responses were varied:

“What will food taste like, grown in this kind of environment?”

“Incredible!  The most interesting thing I’ve seen all day!”

I spoke with two sets of farmers who used a vertical system to grow fresh fodder to supplement dried feed in the winter. They reported that everything grew quite quickly but that the system was labour intensive. Many home enthusiasts were keen to give it a try; one had even setup their own hydroponic system during lockdown and was producing so much they had begun to supply a local greengrocer with salad. The children who visited were enthralled; many were experienced in growing their own food while others were new to it and delighted to take home a few of the plants we gifted them from the display.

On the less enthusiastic side, people queried the amount of energy used to produce a vertical crop and the end result flavour. We all agreed that nothing beats home or locally grown foods, but intensively farmed foods already lack much of the traditional flavour we are looking for. Visions of sterile white facilities churning out lettuces certainly put some people on edge, though on the flip side a sterile environment is one that shouldn’t need pesticides, herbicides and fungicides.

People were impressed to hear that adjusting the wavelength of light employed in a vertical facility can help to reduce food waste by speeding or slowing crop maturity depending on consumer demand.  Modern vertical farming facilities also boast that they use significantly less water than traditional farming. This may not seem especially relevant given our current climate but that is not the case for all countries and it is worth having a conservation plan before it is needed. 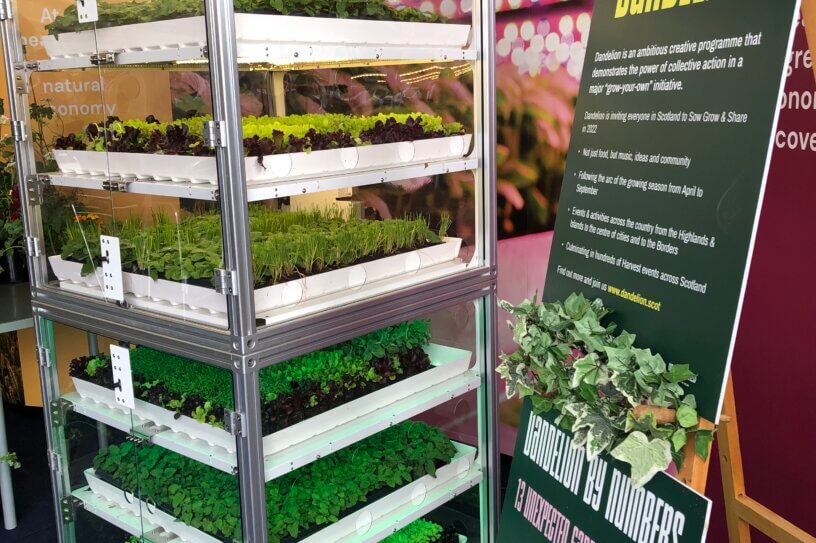 Ultimately people walked away from the cube interested and engaged in the wider discussion.  Some theorised that a hybrid approach to farming may be a reasonable next step, to help take some of the pressure off the land. Others observed that renewable energy would go hand in hand with a vertical farming setup.

It is important to note that not all crops are suited for a vertical system so this is not presently suggested as a replacement for traditional methods. We do however need to adapt and expand how we grow going forward, which is something we can all agree on.