The piece is a lament in response to our climate crisis and the impact of our actions on everything we share our world with. The music is a collaboration between plant, humans and technology and has been created by converting the electrical signals generated by the Camellia plant into musical notes played through analogue and digital synthesisers. The main compositional idea was generated by the Camellia with cello by Liz Hanks and arranged, processed and produced by Jason Singh. Although a lament, the piece is also an offering of hope to listen to, appreciate and respect all life on earth. 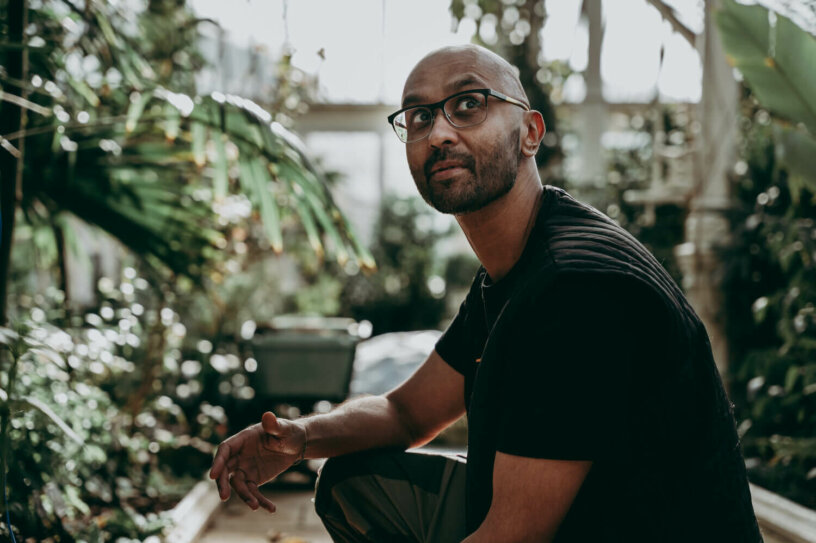 His work is inspired by and derived from the natural world through an ongoing exploration between body, nature and music technology.

Referred to as “the human sampler” by Cerys Matthews (Radio 6), his work has also been called “beautiful, strange, calming music” by nature writer Robert Macfarlane. 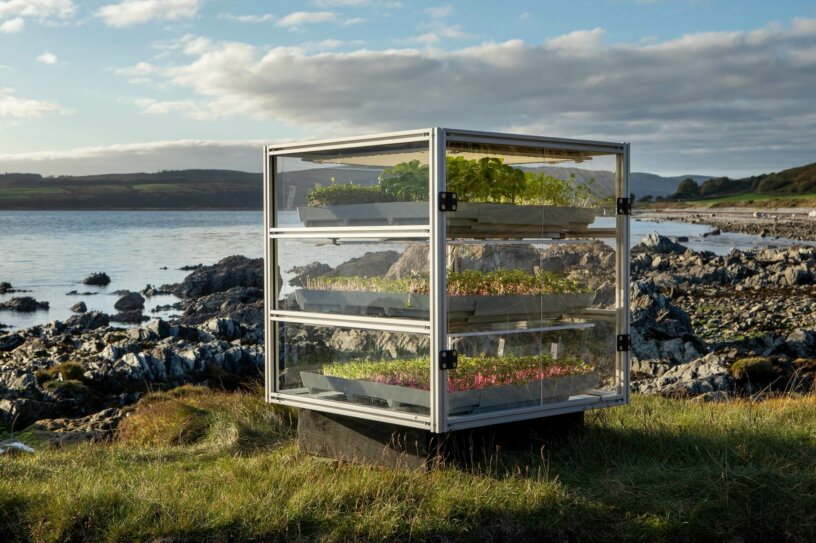 At the centre of Dandelion is an experiment between art and science captured by the design and invention of 200 compact accelerated growing environments, known as the Cubes of Perpetual Light. The cubes carry both a practical function and an aesthetic value.  Whilst the cubes have been developed to specifically provide a controlled setting in which to use white light LEDs to enhance root, stem and leaf growth in vegetables and herbs, as in a vertical farm, the control system is also programmable enabling a wide range of colour states to activate the cubes, artistically exploring their form as well as function.

The cubes can demonstrate accelerated growing in a wide range of settings, both the expected and unexpected. Placed in a particular environment they create a micro-world within a world, allowing musicians and listeners to imagine a sonic landscape that surrounds us, providing a space for contemplation and for us to imagine a future where we sow, grow and share differently.

Find out more about the cubes

In these times of ecological crisis, artists are increasingly exploring the role of music and other artforms in helping us respond differently to the environment. Our musicians have been invited to create music exploring the notion of growing.

They have been commissioned to create new music, not for a concert hall or a new album but to encourage listeners to think more deeply about how, where and why plants grow. How might we reimagine our relationship with the natural world? As we confront a future where we must feed many billions more people on ever-degraded land, how might science, and imagination help us forward?

Just as plants can grow from tiny seeds, so does music. Traditions of music and growing, particularly harvest, have been entwined since time immemorial. How might we, in contemporary societies, recover and renew those old connections between music, poetry and the land? How might we better ‘dig where we stand’, weave in traditions from the many cultures Scotland embraces, and forge new traditions to celebrate the living world around us?

Find out more about Music Commissions